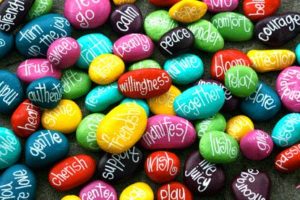 Dr. Elise Morse-Gagne is an Associate Professor of Linguistics and English in the English Department of  Tougaloo College. She earned her doctorate in linguistics from the University of Pennsylvania.

Join us for a cup of coffee, a snack, and conversations! (Snacks provided by Natalie Maynor)

Bowerick Wowbagger, or better known as Wowbagger the Prolonged had immortality accidentally thrust upon him, leaving him grossly unprepared to cope with eternity (or so it’s written in the Hitchhikers’ Guide to the Galaxy). It was one Sunday, around 2:55 in the afternoon when he realized he could reasonably take no more baths in a day and he was bored of the newspaper, that he knew he had entered the Long Dark Teatime of the Soul. I will probably not mention Wowbagger the Prolonged in my sermon, but his story is important to the theological underpinnings of Lent. However, if you are a fan of Wowbagger, you might be pleasantly surprised by the content.

Join us at a local restaurant for food and fellowship!