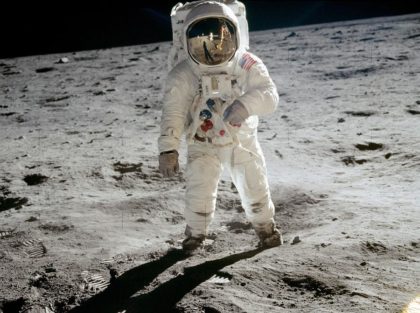 I grew up in a world where human beings have walked on the moon. As a child, the moon landing didn’t strike me as grand, because the world I had always lived in had footprints on the moon, it’s just part of who we were. Over time I began to learn how complicated this achievement really was, and how dangerous this trip still is. Over time and study, awe begins to set in when I consider the moon landing. This year, July 20th marks the 50th anniversary of Neil Armstrong and Buzz Aldrin’s first steps. Steps that offer proof of the abiding spirit of humanity.

Because I live in this world, the moon landing has also always been part of my evolving faith, proof of what we can do, proof of the abiding spirit of humanity. This Sunday I’d like to reflect on that abiding spirit, inherent in the footprints on the moon.