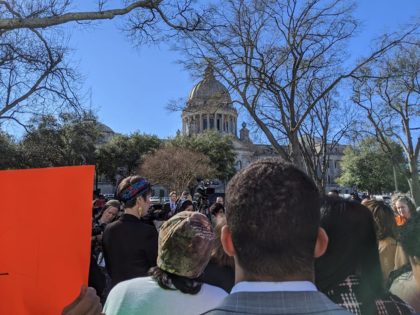 Tuesday morning protesters stood as close to the capital as they were allowed. They were kept away because of special events taking place in the beginning of a new session. These events were to be treated with the dignity of the office. The protesters outside who were not admitted on Capital Grounds, were also in search of dignity. Dignity not just for the five men who died while incarcerated in Mississippi State Prisons, but those who suffer every day in a system that refuses to treat their responsibility with integrity, and their charges with dignity.

Held
Showing Up for Each Other's Mental Health